Groovy 7 is one of the most in-demand party bands for hire in New Orleans. A favorite regional headliner and national level New Orleans special events band, Groovy 7 is available for corporate entertainment, conventions, weddings, and other special events.

Groovy 7 has opened for Kelly Clarkson, Carrie Underwood, Flo Rider, Pitbull, Kiss, Jason Derulo, Steven Tyler, Rod Stewart, Lionel Ritchie, Chicago, Luke Bryan, Train and many more! Groovy 7 has also performed for Miley Cyrus, and made a cameo in the film "Barefoot." The band was also afforded the opportunity to record two songs that were used in the film!

Groovy 7 is also a HALL OF FAME INDUCTEE on THEKNOT.COM, and is a treasured headliner in their home state of Louisiana! 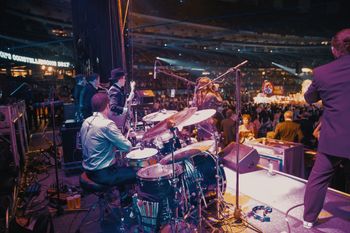 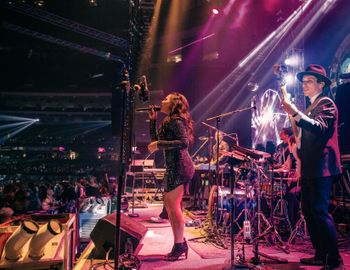 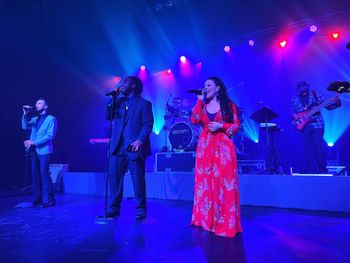